We kept busy in April, with the launch of our podcast, Archiving AK, as well as the 5th iteration of our annual Eating from the Archives potluck. Here’s what we did last month:

HMC-1287: Chugach Conference records. Originally part of the Larry Pearson papers, this section of the collection was separated out to be its own collection. Materials from a conference related to telecommunications policy and planning.

UAA-0131: UAA. Center for Information Technology records. Originally part of the Larry Pearson papers, this section of the collection was separated out as a University records series. 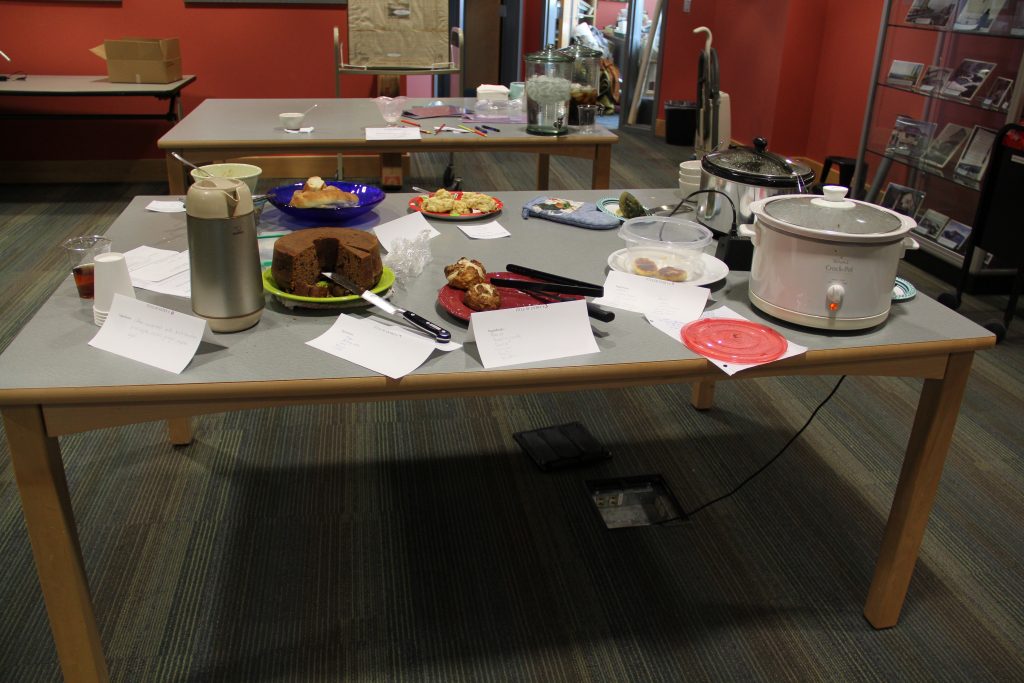 A feast fit for the gold rush. Dishes entered into the Chilkoot Challenge.

HMC-0492: History of Sand Lake project records; 1950-1988. In 1988, a group of fourteen sixth grade students from Sand Lake and Chinook Schools combined to write a history of the Sand Lake neighborhood in Anchorage.

HMC-0923: Howard Culbertson family scrapbook; 1967. Scrapbook of postcards and tourism flyers from a family who traveled across Canada and Alaska. 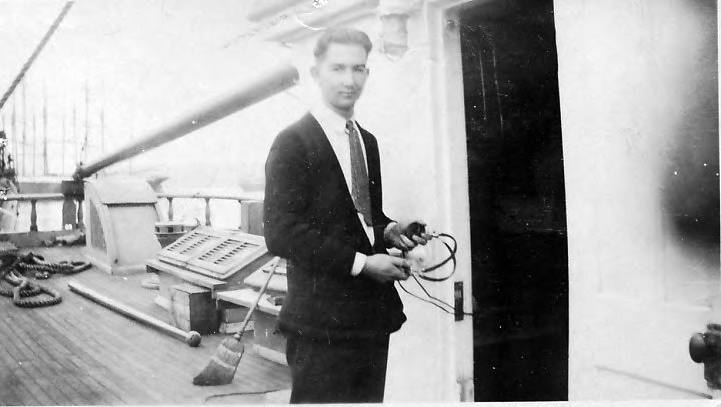 Karl Bowersox on in front of the radio office door on the deck of the USMS Boxer.

Images of Henry S. Kaiser Jr. Photographs taken by a man who was born in Fairbanks, spent time in the Seward Sanitorium due to a heart defect, and later worked as an educator with the Bureau of Indian Affairs.

53 images from Dorothy and Grenold Collins. The papers of an Alaskan bush pilot, sportsman, and business owners.

53 images from Karl C. Bowersox papers. Photographs of a purser and radio operator aboard the USMS Boxer and USMS North Star.

added metadata to 8 images from the papers of Leland A. Olson, a worker on the White Alice system.

The sheet music to: When the moon shines down in old Alaska then I’ll ask her to be mine. 1916. 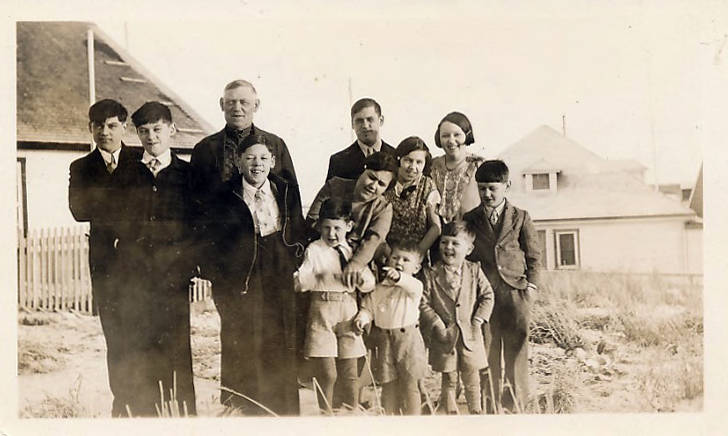 Our podcast, Archiving AK, is live! In our first episode the three archivists from Archives and Special Collections take turns interviewing each other. You can find the first episode here and follow us on SoundCloud.

We hosted the Chilkoot Challenge cooking competition and potluck on April 23. This year, our annual Eating From the Archives potluck featured dishes inspired by the Klondike Gold Rush. The twist: all of the dishes had to be made using only the ingredients found in the recommended grocery outfit for the Chilkoot Trail listed in a Montgomery Ward advertisement. This was also our first potluck that was also a cooking competition, complete with prizes.

Pick and Hammer shows from Ruth Schmidt papers, digitized with funding given to the Archives by the Schmidt estate.