August was quite a busy month for us in the Archives. We finally finished our legacy conversion project, gave tours to students who dropped by to see what we have, and spoke to donors and new faculty. Here’s a closer look at what we were up to. 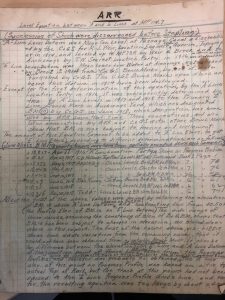 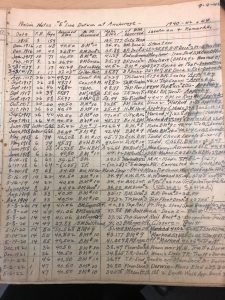 HMC-0478: Marilynn S. Barks papers; circa 1939-1961. 0.10 cubic foot addition. This collection contains personal papers and correspondence relating to Marilynn S. Barks’s life in Alaska. The majority of correspondence concerns her husband and his work in the mines, as well as life in Anchorage during WWII. Other correspondents include her brother Jack, Charles Seaton Harvard, L.S. Wickersham, relatives outside of Alaska, merchants, and an astrologer. The personal papers include insurance policies and receipts, as well as tax forms and mining claim information.

HMC-0667: Arctic Power records; circa 1978-2003. 35 cubic feet. Records of an organization that supports opening the Coastal Plain of ANWR to responsible oil development.

HMC-1297: Millard Preston photographs; 1941-1944. 0.01 cubic feet. The collection consists of photographs taken by Millard Preston during his time working on construction of the Alaska Highway in Alaska and Yukon, as well as some photographs from the Aleutian Islands, particularly Adak.

HMC-1298: Melvin Reed Mower papers; 1942-1943. 0.01 cubic feet. Mostly photographs of a man who worked on the Whittier Tunnel and on Rugged Island in Resurrection Bay. Subjects of the photographs include Portage Lake and Glacier, Rugged Island, Whittier, a fishery, a hike Mower and others went on where they found and buried the body of Jack O’Brian, and the construction of the road at Bear Valley, Portage. 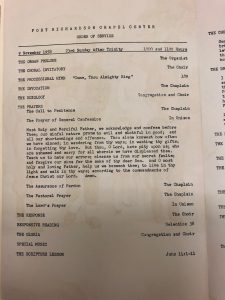 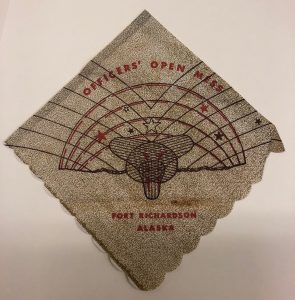 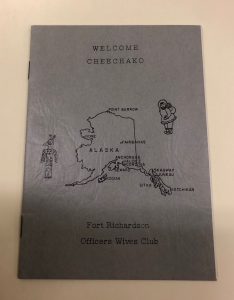 August saw the end of a project we were all looking forward to completing: the conversion of our older collection descriptions into the currently accepted national standard for describing archives (DACS or Describing Archives: A Content Standard). You can read more about that project and why it was important to us in Arlene’s blog post “Finishing a decade-long project“.

HMC-0109: Victor Fischer papers; 1950-2009. This collection consists of papers relating to the public career of Victor Fischer. Included are files relating to his legislative activities as well as to his work in planning. Among the legislative papers are files on reform and ethics, petrochemical development, the Homan trial, the Sheffield impeachment, and other matters.

HMC-0198: People’s Vote Must Count Committee records; 1959-1981, bulk 1981. Records of a committee that supported the creation of a park on block 42 of Downtown Anchorage, instead of a convention center.

HMC-0240: Alexander W. Swanitz letters; 1909-1910. This collection consists of two copied letters from A. W. Swanitz to George Love of Valdez, Alaska. The first concerns business concerns and the second relates to construction of the Alaska Northern Railway and politics.

32 images from Jukichi (Jack) Nishida photographs; HMC-1291. Nishida worked for the Ellamar Mining Company from circa 1913-1918. 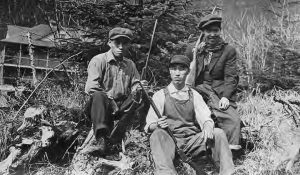 Three men in Ellamar. Jukichi Nishida is the man in the middle. From: Jukichi (Jack) Nishida photographs.

24 images from the Elmer Sundsby papers; HMC-0238. Sundsby was a fisherman in Halibut Cove, Alaska. 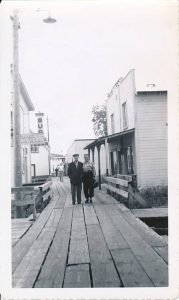 6 images from Melvin Reed Mower papers; HMC-1298. Photographs taken during the construction of the Whittier Tunnel and Portage Glacier Road.

This month, for our podcast Archiving AK, our intern, Anna, interviewed us. In this episode we discuss what we hope to see for the future of the archives profession, what skills and knowledge we would like new professional archivists to have obtained in their archives classes, the role of professional associations in our work and development, and the types of things we wish people knew about our work.

We also had a booth at Campus Kick-off so we could chat with students and faculty about the Archives. 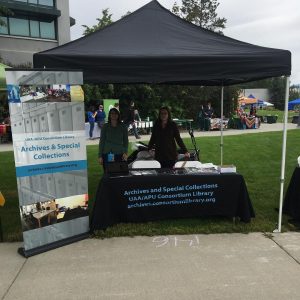 Gwen and Veronica at Campus Kick-off.