It is hard to believe it is August already, but time flies when you are busy. Last month we released not one, but two episodes of our podcast, Archiving AK. Arlene became famous thanks to her interview with C-SPAN about our materials relating to the 1964 Alaska earthquake. In addition to describing several new collections and adding images to Alaska’s Digital Archives, we began work on several of the multi-institution topic guides for which we received an Interlibrary Cooperation Grant. 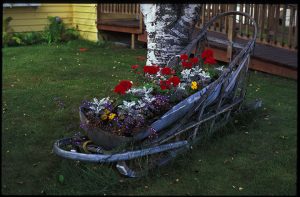 Flowers planted in a dogsled from Anne Nevaldine papers

Images can be found on the Digital Archives by searching the collection name.

38 images from Henry Gilbertson papers. Photographs of various locations in Alaska taken by an administrator of rural schools in Alaska who traveled to the schools he oversaw.

29 images from Jukichi (Jack) Nishida photographs. Photographs taken by a man who worked for a mining company in Ellamar.

HMC-1293 Joseph Rudd papers. 4.61 cubic feet. The personal and business papers of of a lawyer who lived in Alaska. Separated from the papers of his wife, Lisa Rudd (HMC-0212) 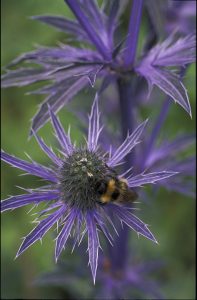 HMC-1295 Quota Club of Anchorage, Alaska records; 1952-2012.  Records of an Anchorage womens  club that engaged in service projects for the hearing impaired.

C-SPAN aired the interview they did with Arlene about the 1964 earthquake. 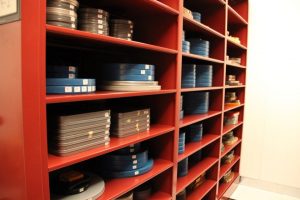 Shelves in the AMIPA vault.