With a lot of our April time being dedicated to working from home, we’ve been focusing on keeping up with reference requests and putting digitized materials online.

But first up, we won an award! We won the 2020 John Sessions Memorial Award. This award (we’re quoting here from the award website) recognizes a library or library system which has made a significant effort to work with the labor community and by doing so has brought recognition to the history and contribution of the labor movement to the development of the United States. This award is a joint award of the AFL-CIO’s Dept. for Professional Employees and the American Library Association’s Reference and User Services Association. The Archives has been collecting, describing, and making materials available for research that document labor in Alaska. If you’re interested in this topic, we’ve created a handy subject guide to collections that focus on labor in Alaska. Thanks to all of those who nominated us, wrote letters of support for the nomination, and sent us congratulatory notes for the win. Since the American Library Association isn’t meeting in person this year, we won’t be able to get our award publicly, but when the plaque shows up we’re looking forward to putting it on the wall in our research area. Documenting all aspects of our community is a priority for us and it feels wonderful to have that work acknowledged.

Being mostly closed to on-site research has proved to be quite challenging for some of our potential researchers, especially for those with complicated requests or requests that require access to a lot of materials. In order to help with access, we tried out some videoconferencing with some researchers this week, one in Alaska, one in the Midwest. Arlene’s description of that was published on the Northwest Archivist’s blog. It’s not going to be very effective for researchers who need access to a large amount of textual materials, but for those who need to get a glimpse of a few things to see if it’s worth getting them digitized, it turned out well. If you need access to materials in the Archives, please be sure to contact us.

This month, we finished work on the Council on Library and Information Resources Recordings at Risk grant Veronica got last year to digitize some of our audio, video, and film. Gwen wrote a blog post about the project, and Becky Butler and Gwen recorded a podcast episode about our experiences working on the project. We posted a full list of items digitized with funding from the grant.

This project was supported by a Recordings at Risk grant from the Council on Library and Information Resources (CLIR). The grant program is made possible by funding from The Andrew W. Mellon Foundation. 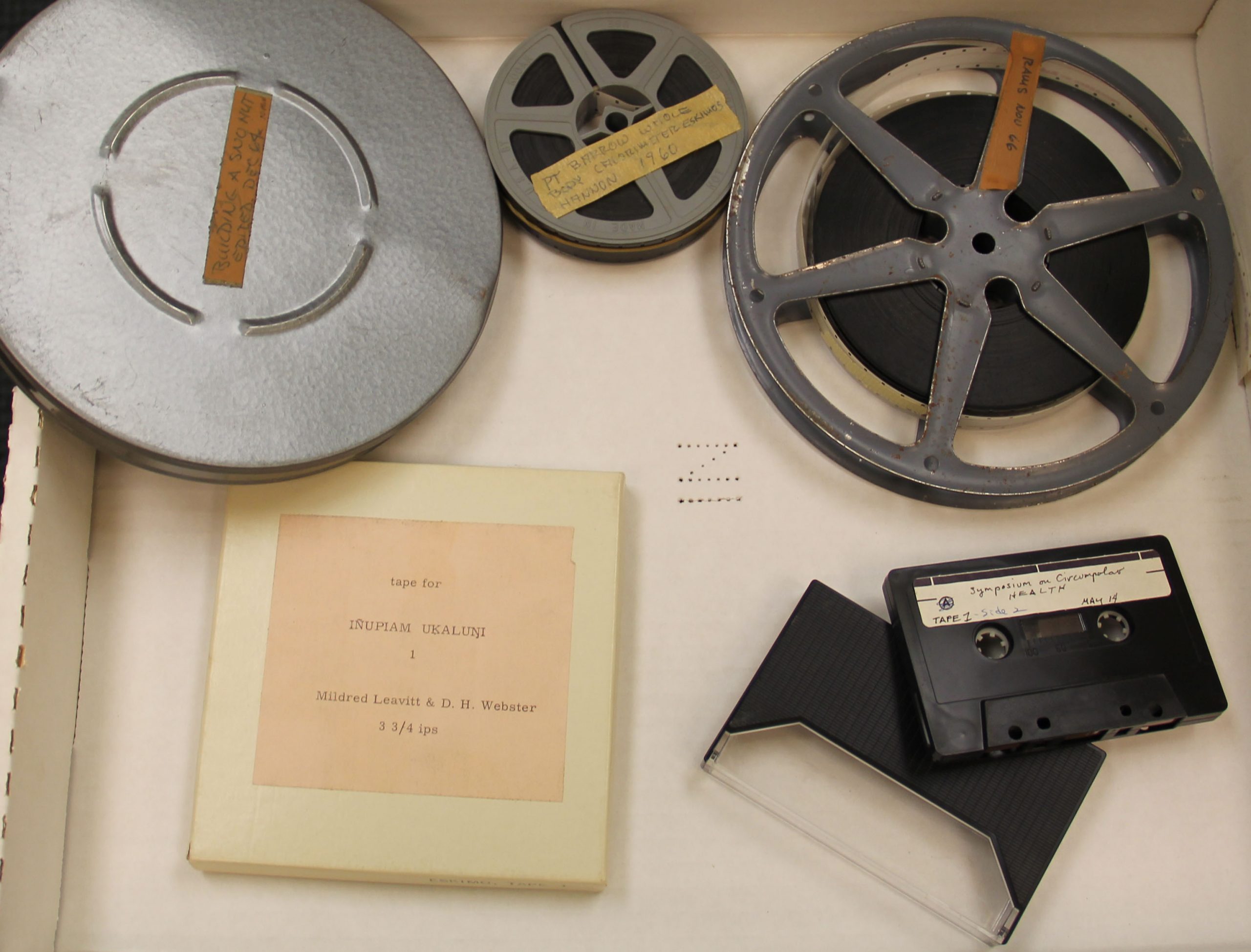 Many of our topic guides have not been updated recently. Though we try to update them when we make changes to our collections, it doesn’t always happen. We have been fixing broken links where links haven’t been updated to the current format for URLs, or when the collection’s number has changed. We’ve also been adding collections that we missed when we initially created the guides. We have also been adding photos to some of the guides. Here are the guides we have updated so far:

Additions to the Alaska’s Digital Archives

A pdf of logbook pages from the Scotch Cap Light that was destroyed by a tsunami in 1946. This was in response to a distance research request for access. 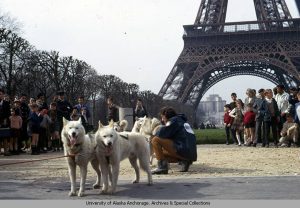 Alice and Bob Arwezon’s dog team at the Eiffel Tower in March 1968, part of a trip to promote Alaska tourism.

120 images from the Loren Taft photographs. 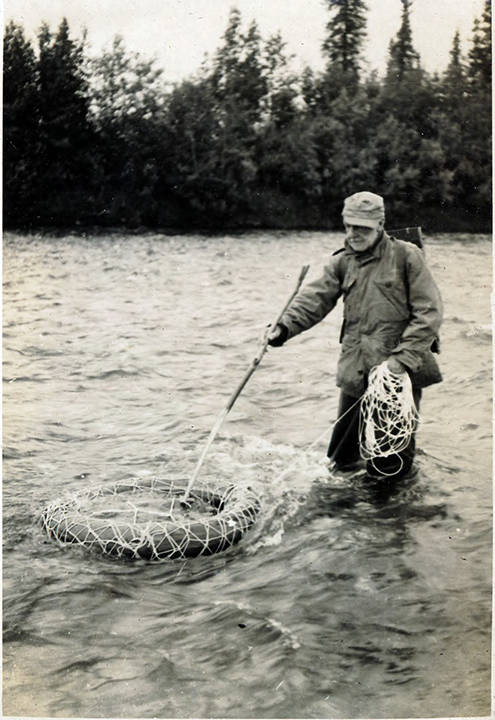 Man pointing to a piece of Jade being floated on the Shungnak River. From John Mesick photograph album. 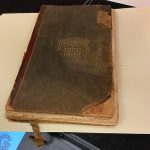 The cover of the Charles Parson diary

Charles Parson diary transcript project: After the success of March’s crowdsourcing project for letters from a Matanuska Valley colonist, we went a little bigger and more challenging for an April project. We’ve had a gold rush era diary written by a prospector named Charles Parson working along the Yukon and Koyukuk Rivers primarily during 1899. He wrote most of the diary in pencil and the pulp paper hasn’t held up very well, so it is getting very brittle and hard to read, due to the lack of contrast between the paper and the writing. Arlene digitized it and we put out all call on Facebook for volunteers who might be interested in taking a few pages and transcribing them. And over 50 people responded! From Anchorage, from many communities in Alaska, to California and even one person in New Zealand! The transcript pages are still coming in, but the response has been fantastic. Several transcribers noted Mr. Parson’s rather odd approach to punctuation and capitalization and several started tracking his movements and figuring out where he was based on occasionally limited descriptions. We have a few people starting to proofread the transcripts and put all the pages together and we hope to be able to take it all live on the Alaska’s Digital Archives during May. Once we have it all together, we’ll check with our volunteers to make sure we can share their names and we will honor their work here on our blog.

Jellybean radio show fan mail project: In 1954 and 1955, a local Anchorage radio station, KFQD, ran a daily half hour radio show for children with songs and stories, hosted by a presenter who went by the on-air name of Jellybean. A few years ago, someone donated a file folder of letters written to Jellybean, many of which were read on air, to the Alaska Historical Society who placed them with us. And that’s about all we know about Jellybean and the history of this collection. But in hopes that we might reach some people who knew more about the show, the host, the sidekicks (including Porkchop), Arlene digitized them and put them online in an exhibit called “Dear Jellybean.”