It’s so hard to stay inside in June in Alaska! But we managed to get a lot done anyhow. Here’s the June 2018 wrap-up:

Sara Rollins, a local high school student, is volunteering with us this summer for 2-3 days each week. She’s doing a wide variety of tasks including creating an exhibit from our Rare Books collection, selecting images for our social media outlets, and lots of scanning of photographs so we can put them up on the Alaska’s Digital Archives.

Anna Leinweber, a grad student in the library program at Louisiana State University, decided to visit Alaska for her grad internship. She’s done a lot of cataloging of images for the Alaska’s Digital Archives (see below), some collection description, and spent some time working with some of our reference questions too.

We had a booth at PrideFest again this year. As always, we talked to lots of people both about the resources we have for research and about how they might think about their own documents and photographs being placed in an archives. (And a chance to be outside in Alaska in June, though it was quite windy.) 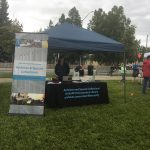 Our booth at PrideFest. We like our new banner and tablecloth.

Our volunteer Sara curated an exhibit on exploration narratives from our Rare Books holdings. That exhibit can be viewed in the Great Room of the Consortium Library.

We posted the third installment in our podcast series: this one a conversation between Gwen, Veronica, and Arlene on tourism in Alaska and how it is reflected in our collections. We also recorded two more, including a bonus episode coming in mid-July  in which Arlene talks with one of our visiting researchers about media and Alaska and archives. Our next regularly scheduled episode will be posted later in July and in that one, Veronica talks with our colleagues at the Alaska Moving Image Preservation Association about what it is they do.

And in a very out-of-the-ordinary moment, C-SPAN‘s Cities Tour visited us on the 26th and interviewed Arlene about our holdings relating to the 1964 Alaska earthquake. They tell us we might just see that interview airing the weekend of July 21-22.

Gwen was awarded an Interlibrary Cooperation Grant from the Alaska State Library and the Institute for Museum and Library Services. This grant will allow us to work with other archives to create some cooperative guides to collections across Alaska and get them posted on SLED (State Library Electronic Doorway). We did one a few years ago on where to find the records/papers of former governors of Alaska. We also finished one in June on where to find archival materials in the US and Canada (primarily Alaska & Yukon Territory) on the CANOL pipeline which was funded by UAA’s Elizabeth Tower Endowment for Canadian Studies (thanks to Veronica for applying for and getting that grant). The CANOL guide should be going live later in July.

The work to transfer the historic UAA images from picturingUAA to the Alaska’s Digital Archives continued. 243 images were moved over which included additional metadata and editing some of the information accompanying the photographs.

27 images from the W. D. Lacabanne photographs.  Most of the images relate to the canneries at Nushagak in 1931. Anna the Intern did these.

22 images from McGlashan and Monsen family photographs. These mostly relate to Naknek from 1910-1950.

44 images from Emma Cameron slides. Emma Cameron was a school teacher in Nome in the late 1940s, early 1950s.

40 images from the C. H. McLeod photograph albums. Anna the Intern also did these. The photos date from about 1898-1903 and mostly relate to southeast Alaska. 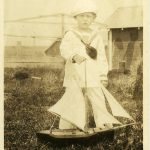 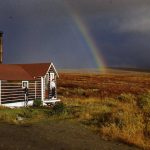 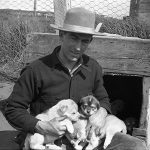 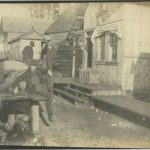 You might recognize some of these from the above Digital Archives additions.

HMC-1290: John Cloe papers; 1943-2016. Research materials related to John’s book Mission to the Kurils. [2019 edit: these materials have been transferred to the Air Force Historian’s Office at JBER.]

HMC-1291: Jukichi (Jack) Nishida photographs; circa 1913-1981. Photographs taken by a man from Japan who worked for a mining company in Ellamar.

HMC-0232: Betty Jo and Bruce Staser family papers; 1946-1985. 0.4 cubic feet. Documents from a military serviceman and employee of the Municipality of Anchorage.

We received five new collections or additions to collections. Veronica paid a visit to the Inupiat Heritage Center in Utqiaġvik to bring them a portion of a collection that was more appropriate to their holdings than ours.