Eating from the Archives: Military Food

It’s May, which means it was time for our Fourth Annual “Eating from the Archives”. This year we decided to feature military menus from our collections. Most of the menus, however, were from Thanksgiving or Christmas, with two being from special events. So while this was not our most exciting or imaginative eating event (read our blog post “Chez Bland” if you have not done so), everyone still had a lot of fun.

First, participants were asked to choose a recipe from one of the menus featured in the online exhibit “Military Food.” And then they they had find their own recipe, or put their own spin on it. This year we had a couple people bring items not featured in the menus (potato salad and corn bread), but we figured someone in the military in Alaska had eaten it at some point.

Below are photographs and descriptions of the food that was brought. Thank everyone who participated in the event. And we are already looking forward to next year’s Eating from the Archives. Hint: It will be called “The Chilkoot Challenge.” 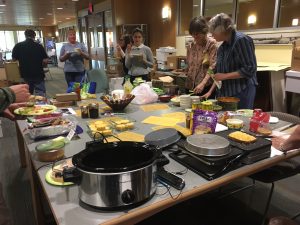 Our whole table of eats. One of our attendees even made the toasted cheese sandwiches (grilled cheese) on site! 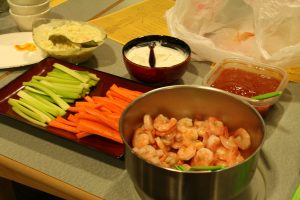 For appetizers we had shrimp cocktail, and carrot and celery sticks. For a side dish we had potato salad. 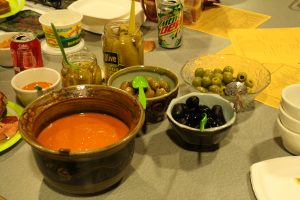 We had three different types of olives: stuffed, ripe (black), and green. And tomato soup to eat with the toasted cheese sandwiches. 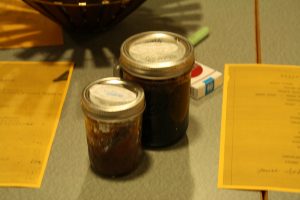 Jam to eat with bread. 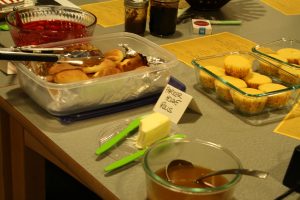 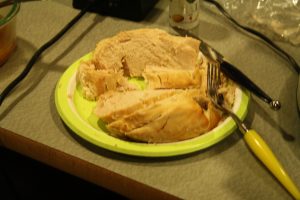 And of course we had to have turkey since most were holiday menus. 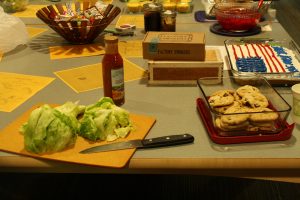 Head of lettuce with French Dressing, and chocolate chip cookies. 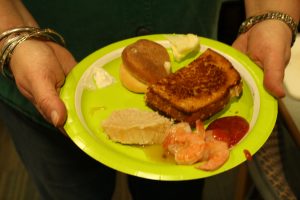 An attendees plate with shrimp, turkey, half of a toasted cheese sandwich, and Parker House roll. 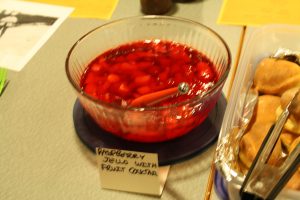 Someone even made raspberry jelly with fruit cocktail! 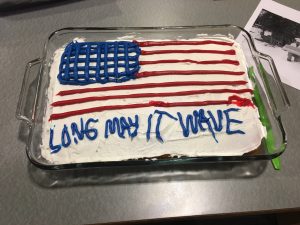 One of our attendees did a great job at recreating the cake from the photograph below. 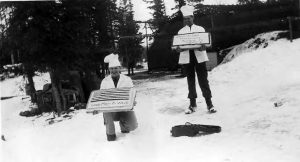 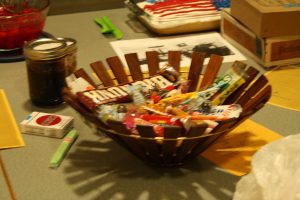 No dinner party is complete without a bowl of candy. 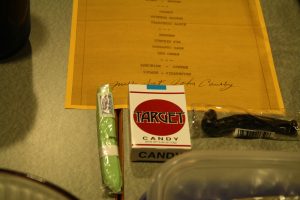 Cigarettes and cigars were featured with the dessert items in most menus. One of our guests found candy ones online and brought them in.