New in the Archives, September-October 2020

We remain working a mixed schedule of working from home and being in the Archives. We’ve had regular on-site appointments with students (UAA, APU, & UAF and beyond!) and community members. And we continue virtual research appointments via videoconferencing, and our regular email and phone research assistance. We’ve also picked up several archival collections from donors, had them dropped off, or had them mailed in.

Other projects we’ve completed include:

Processing (description and placing in archival housing) of the following collections:

Howard Edwards photographs; 1937-1968. HMC-1352-AHS. Photographs from a resident of the Mountain View neighborhood in Anchorage, Alaska.

James H. Arvanites papers; 1943-1945. HMC-1357-AHS. Photographs from a member of the 18th Fighter Squadron stationed in the Aleutians.

Recollections of Leroy N. McQuesten, Life in the Yukon 1871-1885. Published memoir. Digitized for an access request.

Stanley Zuern films; 1940. 4 moving image films from a salesman’s trips to Alaska in 1940. Digitization of the films was funded by the Alaska Historical Society. 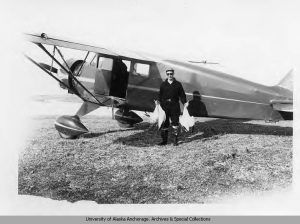 Francis and Grace Cogswell papers; 1920-1957. 59 images from a U.S. Coast and Geodetic Survey expedition to the Aleutian Islands. 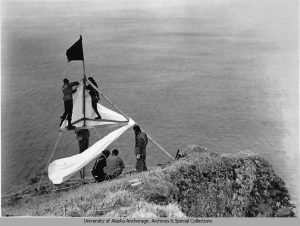 41 podcasts of presentations at the UAA Bookstore

We have a new subject guide on our site to our collections with materials related to Anchorage’s charter commissions.

Arlene revised the outdated 1964 Alaska Earthquake primary sources site and moved it to a more sustainable LibGuide on the State Library Electronic Doorway (SLED) along with the other statewide primary sources guides we created in 2018-2019. The original project was done in 2012-2013 courtesy of funding provided by the Institute of Museum and Library Services via the Alaska State Library, through an Interlibrary Cooperation Grant.