Home Uncategorized Where in the world is Jack?

Where in the world is Jack?

In 2013 we received a substantial collection of photographs and slides from Betty and Jack Rieur. Mr. Rieur served in the military in WWII and was stationed in the Aleutians. But he also traveled extensively worldwide after that and his collection includes slides from all sorts of international destinations. 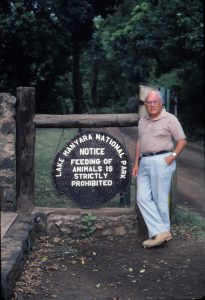 And so, the idea occurred. How about a geography contest? For the next several months, we’ll post images from the Jack Rieur collection to our Facebook page. Be the first person to identify the location of the image in the comments under the photo, and we’ll put your name into a drawing for a $50.00 gift card. US residents only, please! (And the crew here at A&SC are not eligible, by the way. We all had some fun selecting the images.)

The images we’ve chosen are all from non-US destinations. Since the images were taken between 1945 and and 2006, some images are a bit more “historical” than others. In at least one case, we know the place doesn’t exist anymore. (Just to make it more fun for you.)

Ready to figure out where in the world is Jack? Head on over to our Facebook page and play along! Contest starts Tuesday, March 4, 2014.