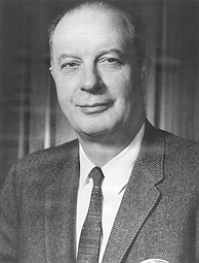 Biographical note:
Harold Strandberg was born in Alaska in 1909. He attended the University of Alaska and graduated in 1931 with a Bachelor of Science in geology and mining. He worked as a placer miner in Alaska with his father and three brothers at Cripple Creek, Folger, Candle, and Manley Hot Springs. He also worked as a platinum miner at Goodnews Bay. In 1937, he became Vice President and Secretary of Strandberg and Sons, Inc., a mining corporation (later changed to the Strandberg Mining Corporation). In 1955, Harold Strandberg was named Anchorage Port Commissioner, and served in that capacity until 1964, when he was elected to the Alaska State House of Representatives. After serving two terms as a state legislator, he was appointed Commissioner of Public Works in 1968, and served as Deputy Commissioner in 1971. He was also a member of various civic and professional organizations including the American Institute of Mining and Metallurgy Engineers, the Alaska Miners Association (Director and Vice President), and Pioneers of Alaska. Harold Strandberg and his wife, Barbara, later moved to Arizona. He died in 1995.

Arrangement: This collection is arranged in the following series:

Alternative formats: Copy negatives were made from selected prints in the collection.

Digitized copies: Selected photographs have been digitized and can be found online at Alaska’s Digital Archives. For information about obtaining copies please contact Archives and Special Collections.

Separated materials: Publications were removed from the collection added to Rare Books. Film reels and select photographs were returned to the Strandberg family. Please contact an archivist for further information.

Processing information: This collection was described by Jeffrey Sinnott in 1998. The collection was converted to current standard, publications removed, photographs digitized, and metadata completed by Veronica Denison in 2014.

Series 2. Legislative subject files; 1954-1967. 1.80 cubic feet.
This series includes the files collected by Harold Strandberg during his time as Alaska state legislator. Records in this series include correspondence, files on various state departments, commissions, and legislative committees, as well as proposed bills. Arranged alphabetically by subject, committee, or association name.

Series 5. Personal papers; undated, 1930-1967. 0.30 cubic feet.
This series contains personal papers and visual materials related to Harold Strandberg and his family. Records include photographs, copy negatives, and a videotape of the Strandberg family and mining operations in Alaska. Folders three through five contain contact prints and copy negatives of original photographs from scrapbooks which were returned to the Strandberg family.