Happy May, everyone! Last month, we described 10 collections, or additions to existing collections. This included adding 217 GB of videos and photographs to the Rage City Rollergirls records, which had not been possible without our new digital storage system. To celebrate National Poetry Month, our podcast featured poems from our collection and other Alaskan Archives. Finally, Veronica’s hard work writing grants over the past several months paid off, and she was awarded a total of $29,002 from the Atwood Foundation and the Council on Library and Information Resources.

Guide to the Rage City Rollergirls records; 2009-2015. HMC-1193. 217 GB addition. Videos and photographs from a roller derby league in Anchorage. 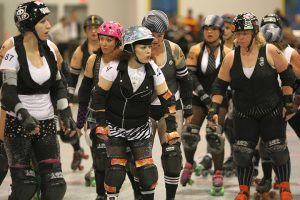 Alaska tourist photographs; 1965. HMC-1312-AHS. Snapshots of a tourist who traveled through Alaska and the Yukon, including to Barrow, Nome, and Kodiak. 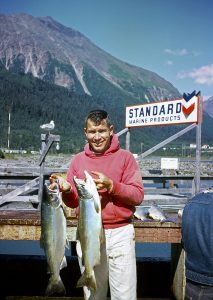 1 photograph of a howitzer shell that was part of the official Alaska statehood celebrations, from the Atwood family papers, 1906-2003. UAA-HMC-0989. 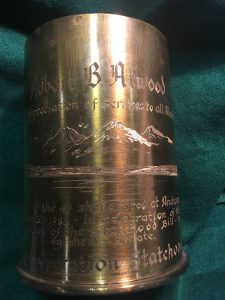 Engraved howitzer shell that was used in Alaska statehood celebration.

$19,002 from the Council on Library and Information Resources (CLIR) Recordings at Risk program to digitize materials related to public health history in Alaska. These materials encompass different facets of health and social science research, which are of interest to current public health physicians and those studying the practice and establishment of health programs and institutions in Alaska.

Archiving AK episode 14: National Poetry Month. In this episode we share poetry from our collections and other Alaskan archives, read by us, along with some special guest readers. 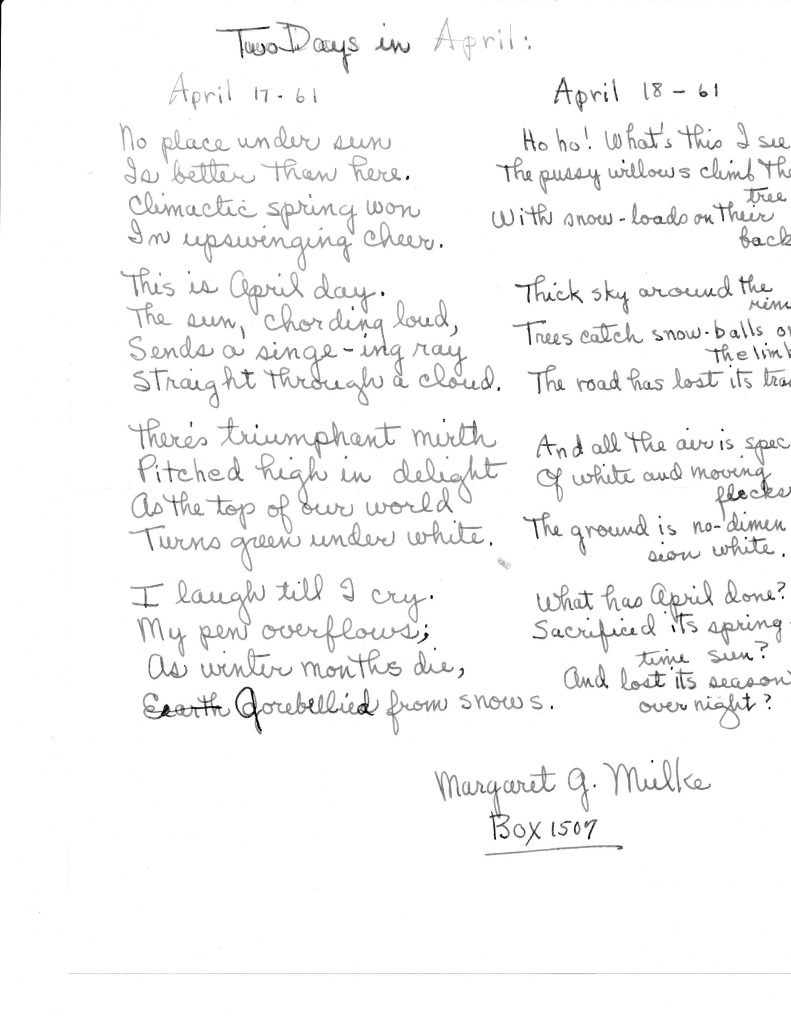 “Two Days in April,” a poem from the Margaret G. Mielke papers, featured on this month’s podcast.

One hour webinar on the Alaska’s Digital Archives for the Alaska State Library’s Digital Stewardship course.